Tanning has been going on in this Tuscan district since the mid-nineteenth century Modern technologies have industrialized old techniques, handed down from one generation to the next. The roots of the Consorzio Conciatori are embedded in a land with a heritage of passionate dedication, inventiveness and expertise.

Tanning has been going on in this Tuscan district since the mid-nineteenth century Modern technologies have industrialized old techniques, handed down from one generation to the next. The roots of the Consorzio Conciatori are embedded in a land with a heritage of passionate dedication, inventiveness and expertise.

At the close of the nineteenth century, the area counted barely six tanneries. Ten years later, between the river Arno and the river Egola, about 60 such concerns sprang up. Expansion of tanning activities in Ponte a Egola reached its peak in the 1950s and 1960s, when efforts to found an association kicked off, still bearing fruits today. The small tanning companies of that time gave life to an association, in order to better face the shared problems of a nascent system of production.

When in 1967 the CONSORZIO CONCIATORI was born, Ponte a Egola was witnessing the development of companies and production activities that would soon engage in industrialization. The decision to form an association arose out of the search for solutions to business problems (minor, but for those times, great). As time went by, this move proved vitally important for tackling environmental concerns and various other issues regarding the district itself.

The Consortium was a most active player in the process of selecting, developing and subdividing areas in which tanning in its modern industrial forms could take place, enabling renewal and expansion of production zones, and continuous innovation and technological development. Consequently, the Ponte a Egola tanneries are among the most advanced worldwide.

Thanks to the activity of the Consortium, and the commitment of the various companies, a centralized purification plant was built. This led to the birth of “collateral” or ancillary companies (among the largest and most efficient in Italy) managing effluent sludge disposal following purification, processing tannery waste and byproducts, and recovering chromium. Technological development of these activities is ongoing, the aim being to select and recover as much of the waste as possible (together with the byproducts), and to minimize environmental impacts. These businesses now serve as a model for developers of the most advanced approaches to a circular economy.

Today the Consorzio Conciatori counts 60 members. Its activities include:

– trade representation during dealings with public administration bodies on all levels, and, on a national level, with economic players and organizations, trade unions and business organizations;

– promoting products and fostering the participation of members in activities such as trade fairs and exhibitions, responding to calls for tenders, and market research;

– implementing regulations both in the environmental field and in the field of accident prevention, to ensure safety in the workplace, while stipulating special agreements and arranging for targeted services;

– providing assistance to players on the lookout for EU, national or regional subsidies; seeking voluntary certification based on the European standard UNI-EN ISO; dealing with EMAS and Social Responsibility affairs; and requiring policy and other guideline material;

– courses and professional training programs at all levels, and to meet all needs

If the culture of the locality and of the enterprise had not been as firmly rooted as they are today, economic and social development most surely would not have come about. Such development is still the essential prerequisite for tanning activities and for consolidating the sector locally.
We can therefore conclude that every period has required its own adaptations and that modernization of the sector − a process that has been ongoing for years − is very much a part of the search for quality (a search which may be spontaneous, market-driven or otherwise necessitated). 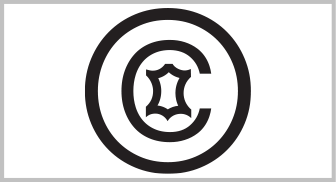